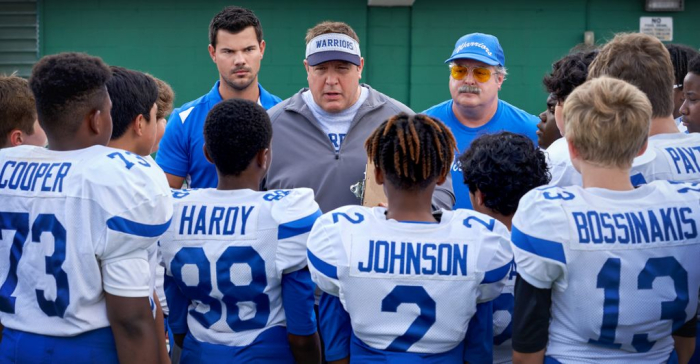 “Home Team” is another simplistic Happy Madison production, with the company hoping to huff some “Bad News Bears” fumes to help inspire an underdog comedy about a disastrous Pop Warner football team and the demands of their new coach. What’s different here is the liberal use of a “based on a true story” label, as the story involves Sean Payton, the controversial coach of the New Orleans Saints. In 2012, Payton was suspended from the NFL for his participation in “Bountygate,” where players were paid to intentionally hurt rivals, but “Home Team” merely uses this situation to make a dreadfully formulaic tale of a dad reconnecting with his son and a coach reigniting his love for football. The feature is predictable and insincere, but its greatest mistake is the lack of a fun factor to make all the familiarity feel less arduous to sit through. Read the rest at Blu-ray.com