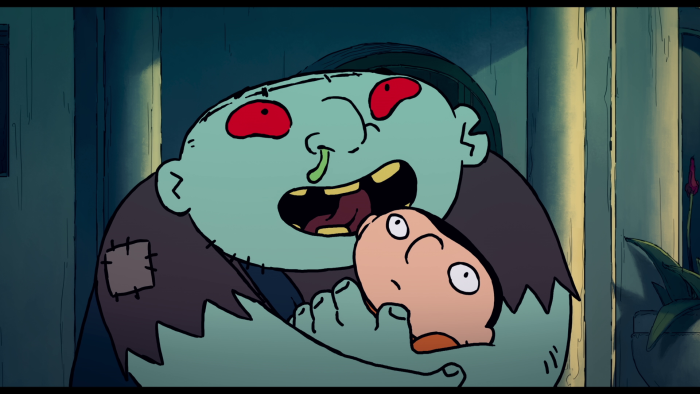 "Little Vampire" is inspired by a book series created by Angela Sommer-Bodenburg, who wrote about a friendship between a human boy and his monster pal. The source material is changed somewhat for the film adaptation, with director Joann Sfar aiming to transform the idea into a comedy with a slight horror approach. For the French production, Michel is an orphan looking for something more than life with his grandparents, coming into contact with the Vampire, who was once a human as well 300 years ago, now rebelling against a protective curse that's kept him 10 years old for centuries. In the mix are the Vampire's monster buddies, a skeleton pirate and the woman who loves him, and a villain with a head shaped like a crescent moon. Read the rest at Blu-ray.com