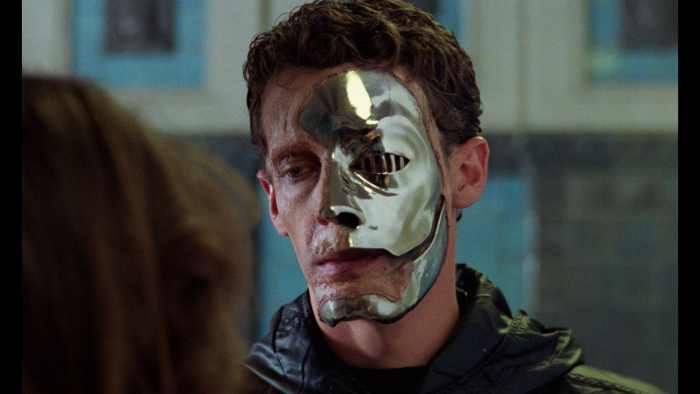 Director Lamberto Bava and producer Dario Argento look to raise a little hell with 1985's "Demons," using the sanctity of a single-screen movie palace to construct a mysterious monster uprising. It's an Italian production created during a fertile creative period in the local industry, inspiring Bava and Argento (who also collaborated on the screenplay with Franco Ferrini and Dardano Sacchetti) to dream up interesting ways to destroy bodies without spending too much time in the outside world. Atmosphere is plentiful in "Demons," which doesn't burden itself in the plot department, sticking with a simple premise of evil on the loose, taking it to interesting extremes. Bava aims to create a genre thrill ride with the feature, and he's mostly successful, delivering numerous gross-outs and violent encounters, keeping up the pace with chases throughout the building, often sold with a driving heavy metal soundtrack. Read the rest at Blu-ray.com