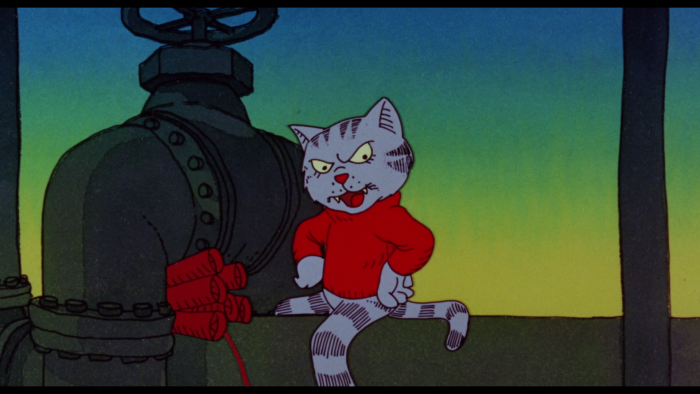 "Fritz the Cat" was originally created by Robert Crumb in 1965, serving as a way for the artist to release some creative wiggles with decidedly raunchy work that couldn't find a place in the mainstream. For the 1972 film adaptation, Crumb's vision finds a proper guardian in director Ralph Bakshi, another artist interested in challenging audiences, using Crumb's universe to launch what would become an interestingly unwieldy directorial career. With "Fritz the Cat," Bakshi searches for a way to bring adult activities to animation, looking to shake the kiddie reputation of the medium with an X- rated adventure around New York City, following the eponymous feline as he indulges his obsessions with sex, drugs, and troublemaking during the counterculture years of the 1960s. Read the rest at Blu-ray.com