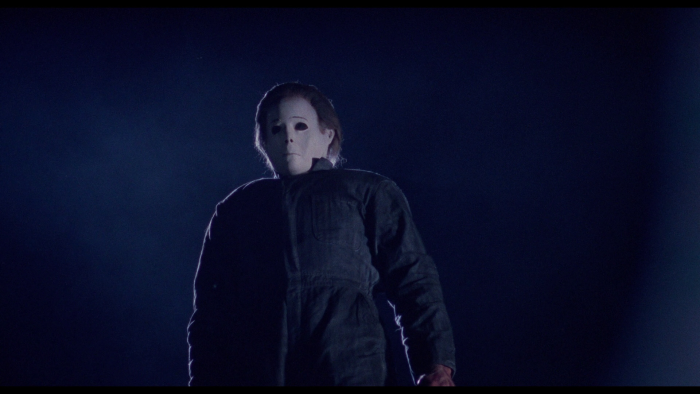 The murderous wrath of Michael Myers was seemingly stopped for good in 1981's "Halloween II," and the brand name's box office potential was torpedoed with 1982's "Halloween III: Season of the Witch," which tried to steer the franchise away from Myers-related havoc. Looking to make a comeback, 1988's "Halloween 4: The Return of Michael Myers" puts The Shape back to work terrorizing the residents of Haddonfield, out to recreate the pure "Halloween" experience with a new cast and a back-to-basics creative approach. Director Dwight H. Little and screenwriter Alan B. McElroy are handed the keys to the series, tasked with getting Michael Myers back up and running, and with that limited goal in mind, "Halloween 4: The Return of Michael Myers" is successful, playing strictly to fans as the production endeavors to find fresh inspiration to take on traditional slasher business. Read the rest at Blu-ray.com