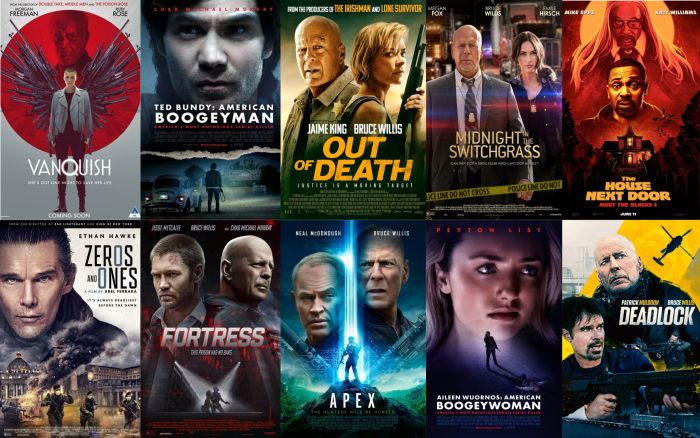 George Gallo is usually credited as the screenwriter of “Midnight Run” and “Bad Boys,” helping to sell anything he’s directed over the last 20 years. Gallo’s made a lot of terrible movies since his creative heyday, and “Vanquish” is easily the worst of the bunch. Scraping together a limited budget and help from co-star Morgan Freeman, Gallo attempts to craft an action film without understanding his limitations. The picture is ridiculous, blasted with ugly cinematography, and the production casts dreadful actress Ruby Rose in the starring role, and she brings nothing to the feature. For something meant to be lean and mean, “Vanquish” is punishingly dull and dim. 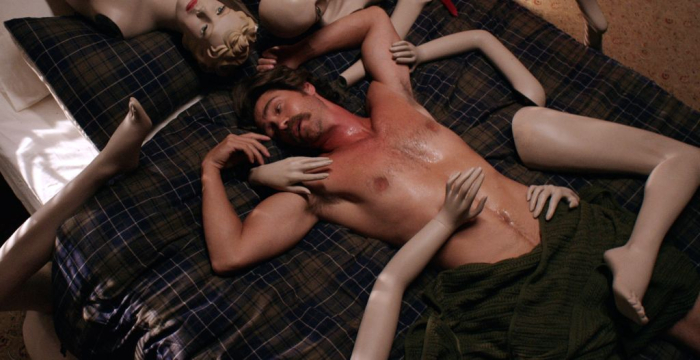 For 2021, writer/director Daniel Farrands (“The Haunting of Sharon Tate,” “The Murder of Nicole Brown Simpson”) returns his career routine of true crime fiction with “Ted Bundy: American Boogeyman,” which attempts to turn the real-world horrors of a serial killer into an atrocious “Halloween” riff. It’s a tasteless offering of low-budget schlock, asking too much of star Chad Michael Murray, who’s hopelessly lost here. A last-minute attempt to shift focus from a celebration of murder into a tribute to those who survived Bundy’s wrath makes the whole thing even worse, with Farrands assigning himself nobility when he’s simply trying to profit off misery.

Bruce Willis had a weird 2021. The once mighty actor has become a shell of a man in recent years, accepting work in random VOD movies for reasons not entirely understood. “Fortress” is one of seven Willis screen appearances from this past year, and it’s the worst of the bunch. A muddled action endeavor about cryptocurrency (oof) and revenge, “Fortress” was made without care for filmmaking nuance, providing only the basics in drama and action, and those are fumbled immediately. Even worse? There’s a cliffhanger for a sequel, keeping Willis employed for another year of dead-eyed acting.

The House Next Door: Meet the Blacks 2

“Meet the Blacks” was one of the worst films of 2016. And now “The House Next Door: Meet the Blacks 2” is one of the worst films of 2021. Shot in 2017, the picture took its time reaching screens, and the finished product certainly resembles a movie that was reworked several times over the years. Co-writer/director Deon Taylor returns to bottom-of-the-barrel comedy after working his way around underwhelming thrillers (“Fatale,” “The Intruder”), and it’s difficult to understand why. “Meet the Blacks 2” strives to merge horror with silliness, but Taylor is not the man for the job, occasionally resorting to fart jokes and clown horn punctuation to tickle his audience. There was no need for a sequel, especially one that’s putting in less creative effort than the abysmal original feature.

Daniel Farrands returns to screens with another serial killer reimagining, offering “Aileen Wuornos: American Boogeywoman,” which moves the helmer away from horror interests. Noir-ish happenings are prized most highly here, with Farrands spending no time on period details or casting achievements. He’s more interested in replicating moments from “Psycho” and dishing up crude exploitation, trying to turn the profound psychological illness of Aileen Wuornos into B-movie entertainment. The production’s financial limitations are painfully obvious, along with Farrands’s directorial shortcomings. 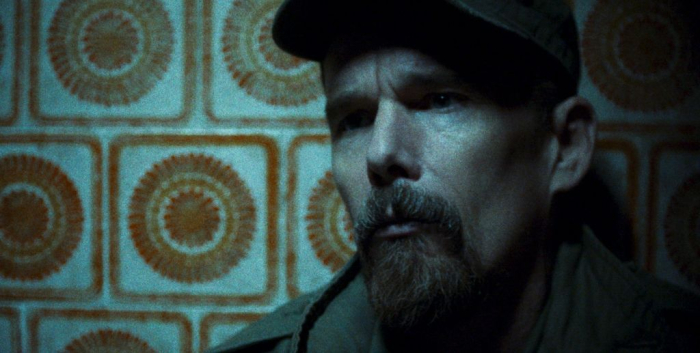 Able Ferrara is a respected director, and rightly so, having created a few films of artistic merit and behavioral nuance (“Bad Lieutenant,” “King of New York”). He’s not a consistent helmer, and “Zeros and Ones” is by far the worst movie he’s ever made. It’s a clumsy take on terrorism fears and spy games, only crafted without the help of an adequate budget or a something even remotely resembling a screenplay. It’s a giant digital smear of COVID-19-ish moods and Italian locations, forcing star Ethan Hawke to step up and provide a modicum of clarity with his performance. The picture is filled with half-baked ideas and poor execution, and it’s bookended by Hawke himself, who appears to offer some guidance for the viewing experience before ultimately admitting that he’s just as bewildered by the feature as the audience. 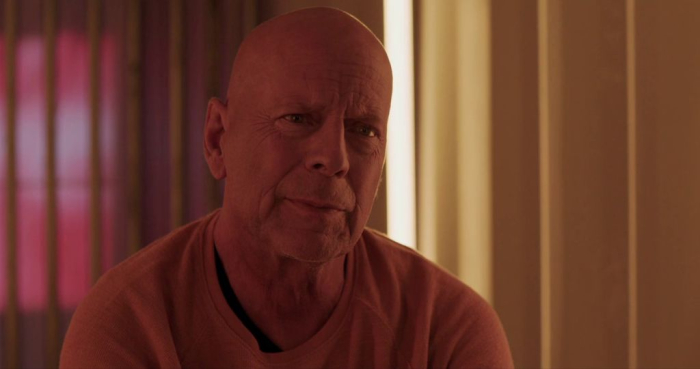 Bruce Willis plays “The Most Dangerous Game” in “Apex,” becoming disinterested prey for a team of human predators looking to get their kicks with a special futuristic(?) hunt. Lousy visual effects and an uninspired supporting cast (including Neil McDonough) don’t help the cause, but the production is only mildly interested in filmmaking details, simply trying to finish a project that looks like it was shot in someone’s backyard, while Willis is literally greenscreened into the finale, putting in the least amount of effort to participate in this ill-conceived endeavor. 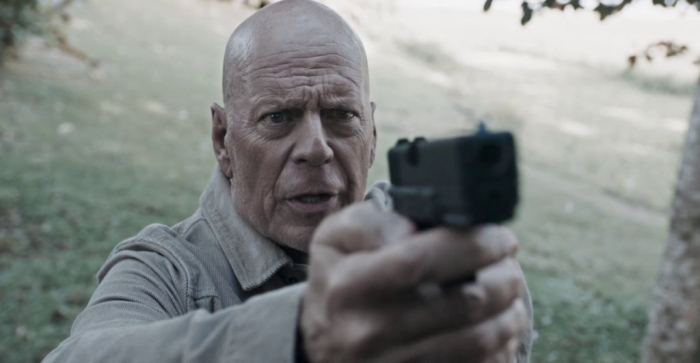 Bruce Willis returns to the woods for “Out of Death,” and he’s just as tuned out as the rest of his 2021 performances. Director Mike Burns makes his helming debut with the feature, and he tries to manufacture some level of excitement as armed characters chase after one another in the great outdoors, but there are only so many shaky shots of someone running one can take. Reportedly shot in nine days, “Out of Death” looks it, offering cheap-o entertainment with a flimsy script and horrendous performances. 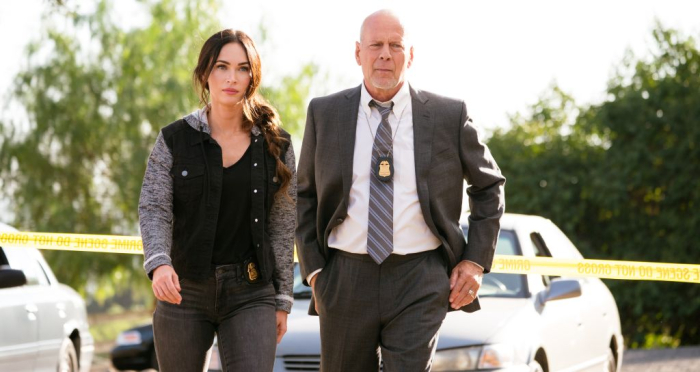 Midnight in the Switchgrass

Interestingly, the man partially responsible for the flood of crummy VOD productions, Randall Emmett, takes his shot at directing with “Midnight in the Switchgrass.” Turns out, he’s not a skilled helmer, mangling this strange offering of Florida panhandle noir, which co-stars, you guessed it, Bruce Willis. It’s a serial killer tale, and one that hangs on the acting ability of Megan Fox, but it’s a lame detective story to begin with, with Emmett investing in a swarm of profanities, “Silence of the Lambs”-style plotting (the production is particularly hostile to female characters), and general artistic lethargy.

Bruce Willis returns to the “Die Hard” formula that made his career, only for “Deadlock,” he plays the villain, and he spends most of the movie sitting in a chair. The John McClane role goes to Patrick Muldoon (what?), with Nakatomi Plaza a rusty, possibly condemned hydroelectric plant in the middle of rural Georgia. The highs of “Die Hard” aren’t replicated in “Deadlock,” which resembles every other recent VOD release, offering feeble action sequences and limp screenwriting, which, for this film, tries to up suspense by threating schoolkids and a pregnant woman with violence. Yippee-Ki-Oh-No.

Also of Note: Breaking News in Yuba County, Old, Survive the Game, Karen, Great White, Reminiscence, Hitman’s Wife’s Bodyguard, The Reckoning, Last Call, Don’t Breathe 2, The Right One, Dangerous, American Traitor: The Trial of Axis Sally, Masquerade, Honeydew, Shadow in the Cloud, The Serpent, Me You Madness, Here Are the Young Men,  and Assault on VA-33.