Film Review - The Tragedy of Macbeth 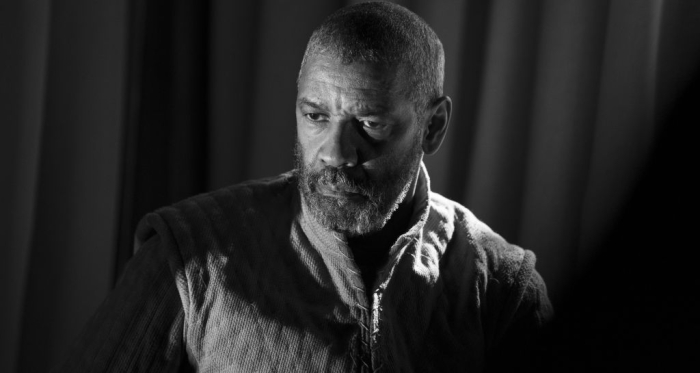 The Coen Brothers are no more. A filmmaking team since 1984’s “Blood Simple,” Joel and Ethan Coen have generated a richly varied and respected career, delivering a few masterpieces along the way. Having worked together on titles such as “The Big Lebowski,” “No Country for Old Men,” “Raising Arizona,” and their last collaboration, 2018’s “The Ballad of Buster Scruggs,” the Coen Brothers have now gone their separate ways, ending a tremendous run. Joel Coen remains interested in the work, and he returns to screens with “The Tragedy of Macbeth,” which he writes and directs, emerging as a solo act with this adaptation of the William Shakespeare play, “Macbeth.” Coen doesn’t come empty handed, helping his creative success with lead performances from Denzel Washington and Frances McDormand, and there’s renewed artistry with technical credits, which give the picture a stage-bound feel that dips into Bergman-esque visuals, yet feels entirely fresh for the dramatic challenge. “The Tragedy of Macbeth” is striking and powerful, with Coen finding his own way with the feature, which emphasizes the madness and violence of the play, joined by a newfound level of claustrophobia. Read the rest at Blu-ray.com