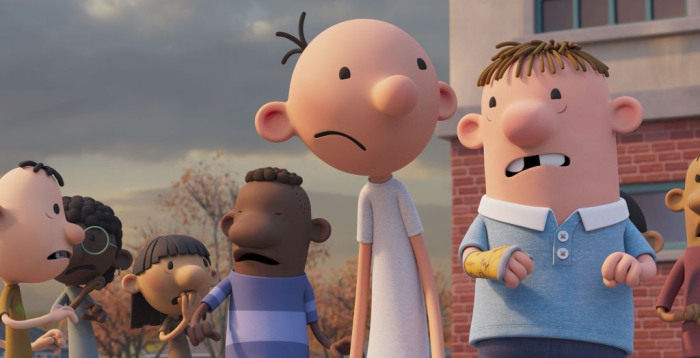 The “Diary of a Wimpy Kid” book series has made author Jeff Kinney extremely popular with young readers, exploring the daily punishment of middle school awkwardness, finding comedy in growing pains. He’s managed to crank out 16 titles about the misadventures of Greg Heffley and his friend, Rowley Jefferson, and with such literary success, Hollywood hasn’t been far behind. A big screen adaptation was created in 2010, making Kinney’s simple illustrations painfully real, and the movie did some business, at least enough to inspire two sequels and 2017 reboot, which was essentially ignored by filmgoers. “Diary of a Wimpy Kid” is brought back to life in 2021, this time as an animated endeavor, using Kinney’s artistry to guide the visual look of the effort, which isn’t long enough to be a feature, but isn’t exactly a television show either. It’s a highlight reel of the original book, with Kinney (who scripts) and director Swinton O. Scott III trying to create a breezy distraction for “Wimpy Kid” fans, launching a new franchise with much smaller dramatic goals. Read the rest at Blu-ray.com