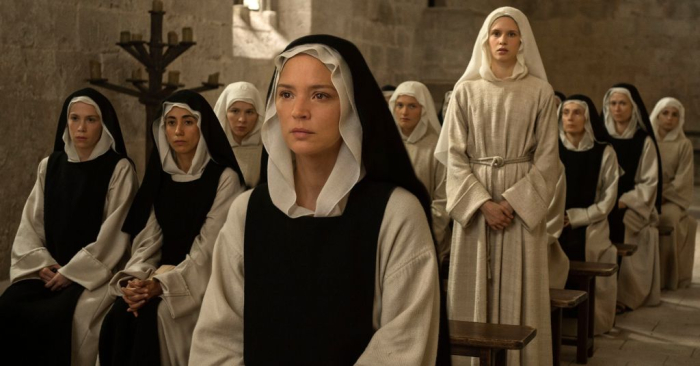 Director Paul Verhoeven doesn’t make movies for casual viewers. He wants a full-throated response to his endeavors, which always deal with charged conflicts and shocking scenes of violence and sexuality. Verhoeven experienced a career resurgence with 2016’s “Elle,” and now he’s back with “Benedetta,” which provides an unnerving ride of vicious human behavior, with this tale steeped in Christian history, adding a spiked sense of exploration when dealing with matters of power and cruelty. It’s raw work from Verhoeven (who co-scripts with David Birke), but one doesn’t expect anything less from the excitable helmer, who tries his best to make the viewing experience as Verhoeven-esque as the source material allows (the picture is an adaptation of 1986 book by Judith C. Brown), hitting hard with a sometimes crazy mix of insanity and opportunism, sold with burning passion. Read the rest at Blu-ray.com