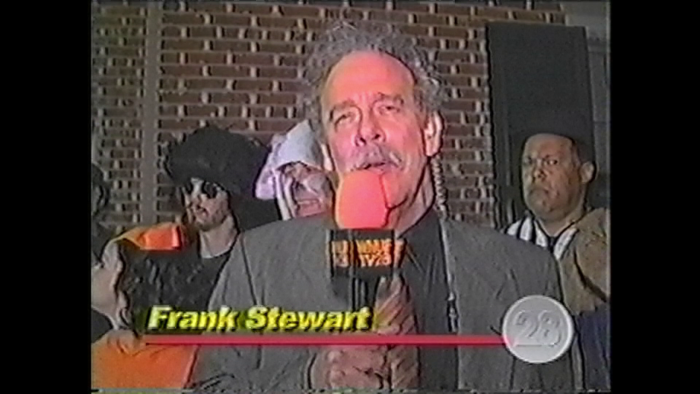 2013's "WNUF Halloween Special" is an offering of strangeness from director Chris LaMartina. Inspired by the business of local television in the 1980s, LaMartina has elected to recreate the viewing experience, using unknown actors and large amounts of stock footage to manufacture a holiday special involving a reporter and his quest to get to the bottom of a murder case by visiting a haunted house. And most of the picture plays out with a great level of realism, exposing LaMartina's quest to trick casual viewers and delight those with fond memories of small-time television production and numerous commercial breaks. "WNUF Halloween Special" is an inspired gem that doesn't offer much more than immersion into a bygone world of evening news and station personalities, with the endeavor toying with the specifics of the business while gradually creating a tale of Halloween horror. It's found footage with purpose, securing knowing laughs and a few blasts of nostalgia while aiming to be weird and real without ruining the whole thing with excessive winks. Read the rest at Blu-ray.com