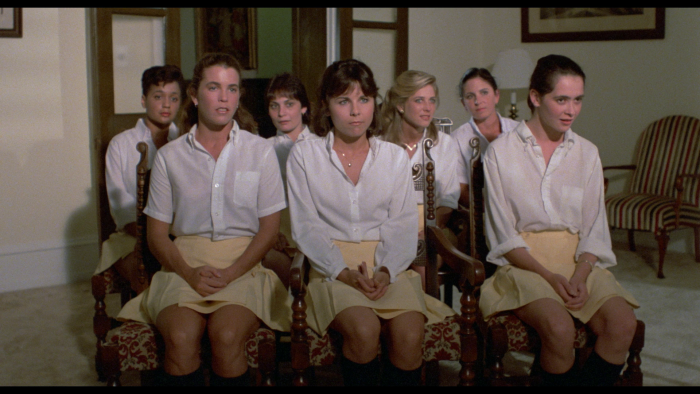 Hoping to make his dreaming of film direction come true, John P. Finnegan elected to try his luck with genre moviemaking in the mid-1980s, hoping to ride a trend of spooky tales aimed at young audiences. His initial offering is 1985's "Girls School Screamers," which isn't nearly as relentlessly icky as similar features, aiming to dial down grotesqueries to play up suspense elements of the screenplay (which he wrote). There's a vague sense of Agatha Christie and Alfred Hitchcock in play during "Girls School Screamers," which gets off to a relatively strong start, doing well with character introductions and storytelling, getting things up and running with decent efficiency and personality. Finnegan doesn't maintain early momentum, leading to an underwhelming second half of simplistic scares and kooky gross-outs, but he shows some life with parts of the endeavor, and that's good enough to please when it comes to this style of entertainment. Read the rest at Blu-ray.com