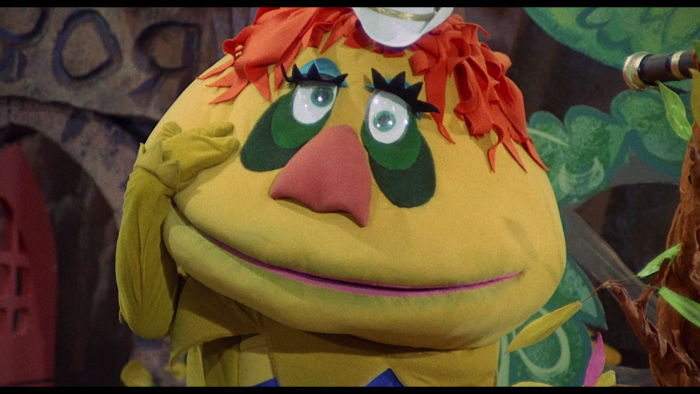 Producers Sid and Marty Krofft finally landed a hit show with 1969's "H.R. Pufnstuf," which brought audiences to the oddity of Living Island, inhabited by a mix of fantasy characters and the witch who wanted to kill them all. Trying to capitalize on this creative momentum, the Kroffts quickly put a film version of "Pufnstuf" into production, looking to make some money on the matinee circuit, adding a few guest stars to boost the marquee value of the picture. Director Hollingsworth Morse was put in charge of making magic for the big screen, tasked with opening up the world of "H.R. Pufnstuf" to a certain degree while keeping young audiences entertained with non-stop wackiness. The gamble didn't result in huge box office returns, but it did produce one of the strangest movies of 1970, finding the Kroffts doubling down on weirdness to make the endeavor stand out from the competition, sold with their usual blend of broad performances and floppy, full-body puppetry. Read the rest at Blu-ray.com