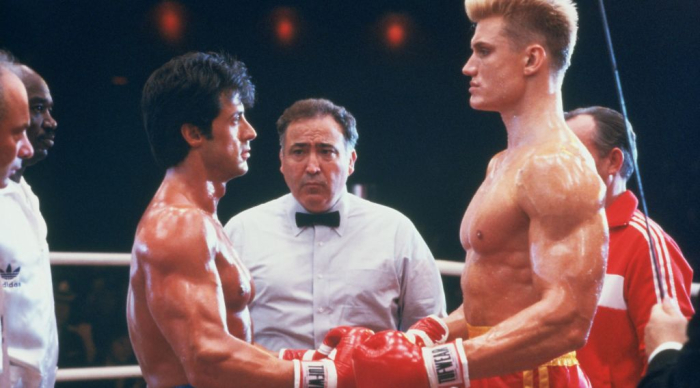 The highest grossing movie in the “Rocky” series, 1985’s “Rocky IV” was writer/director/star Sylvester Stallone’s attempt to turn The Italian Stallion into a Cold War superhero, pitting the lovable American boxer against a seemingly indestructible opponent from the Soviet Union. Stallone had incredible timing on his side, with audiences aching to loathe a Russian villain, and he was inspired by the evolution of MTV-style filmmaking, packing the feature with montages while simplifying its story to a basic game of revenge. And it worked, with many “Rocky” fans listing the third sequel as the best of the bunch, appreciating an ultra-slick ride of broad emotions and power pop songs, while the boxing was appealingly brutal. After 35 years, “Rocky IV” has returned, with Stallone playing with the footage to create a more mature take on the original material, reworking the dramatic potential of the blockbuster to help connect it to the more personal tales of life and love found in previous installments. Read the rest at Blu-ray.com