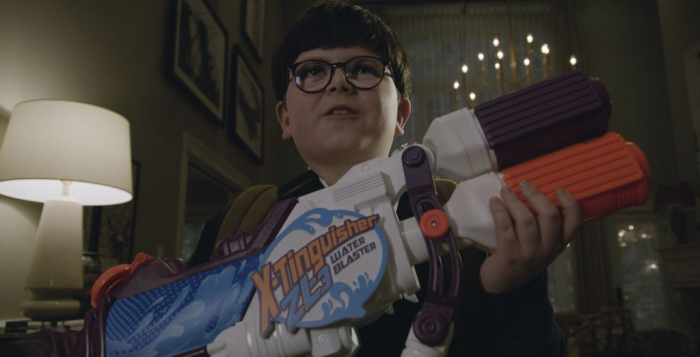 “Home Alone” isn’t much without John Hughes. The much-missed writer tapped into a kid POV with the 1990 holiday smash, combining the tenderness of Christmas with the blunt force trauma of cartoon violence, ending up with the biggest hit of his career. Hughes understood the mind of a child and the panic of parental exhaustion, delivering a tight, humorous screenplay for a film that managed to become a holiday viewing staple, amassing a huge fanbase. Hughes would go back to the well for two sequels, and the studio suppled two more offerings of body-breaking high jinks, eventually squeezing the teat dry as numbing repetition set in. The franchise has been dormant for nearly a decade, inspiring a new follow-up, “Home Sweet Home Alone,” which has the advantage of reaching a new generation perhaps unfamiliar with the Kevin McCallister years. “Saturday Night Live” writers Mikey Day and Streeter Seidell try to shake a few elements up in the formula, but there’s not enough subversive thinking with this endeavor, which eventually settles into the same old ultraviolent battle between intrusive adults and a wiseacre kid left behind by his vacationing family. Read the rest at Blu-ray.com