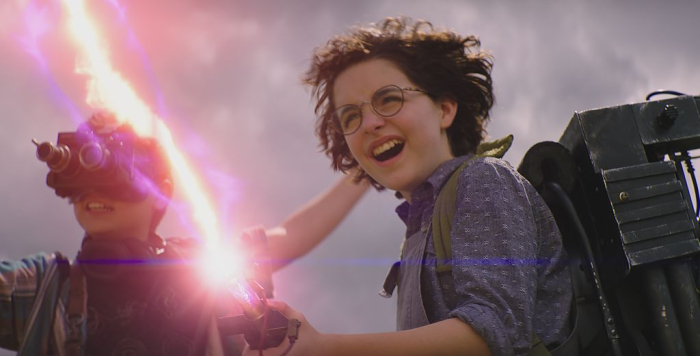 “Ghostbusters: Afterlife” represents a new beginning for the franchise that mostly deals with the past. Cynics will likely scoff at the screenplay’s desire to connect to the 1984 original, but such memories of what’s come before act as a way forward for the series, with the new installment working hard to revive the magic of the first feature and its underappreciated 1989 sequel. And who better to deal with “Ghostbusters” than a Reitman? Well, Jason Reitman to be exact, who takes over directorial control from his father, Ivan (who remains as a producer), teaming with Gil Kenan to script an adventure that explores the world of ghostbusting, with focus primarily placed on the family business nature of the gig. Familiar sights and sounds return in “Ghostbusters: Afterlife,” but so does excitement, humor, and charm, with the second sequel a wonderful realignment of the brand name, getting back to basics while the writers attempt to introduce a more emotional atmosphere to the effort, finding big heart along the way. Read the rest at Blu-ray.com