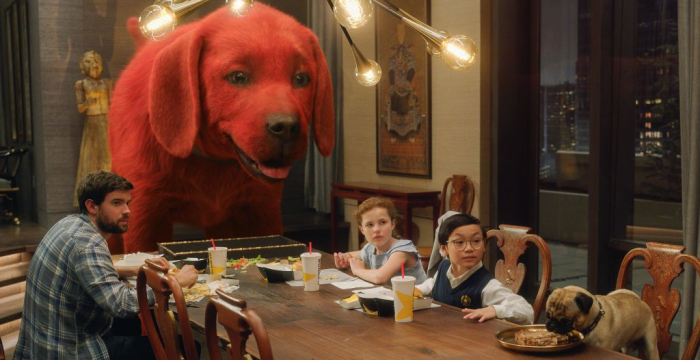 “Clifford the Big Red Dog” began life as a children’s book series, with author Norman Bridwell delighting young readers for decades with his vision for adventure and mischief featuring a gargantuan canine and his bottomless love for his human pal, Emily Elizabeth. There were 80 books dedicated to Clifford’s curiosity and heroism, eventually inspiring a hit animated series with John Ritter as the voice of the eponymous pooch. There’s been a lot of Clifford over the years, and the brand name is newly reenergized by “Clifford the Big Red Dog,” a live-action adaptation of Bridwell’s creation, which brings the character to life through CGI, unleashing his chaos in a family comedy that’s attempting to establish a new direction for all things Clifford. There’s nothing here that’s unexpected, but the picture is an agreeable endeavor that will certainly please viewers raised on Bridwell’s simple stories. Read the rest at Blu-ray.com