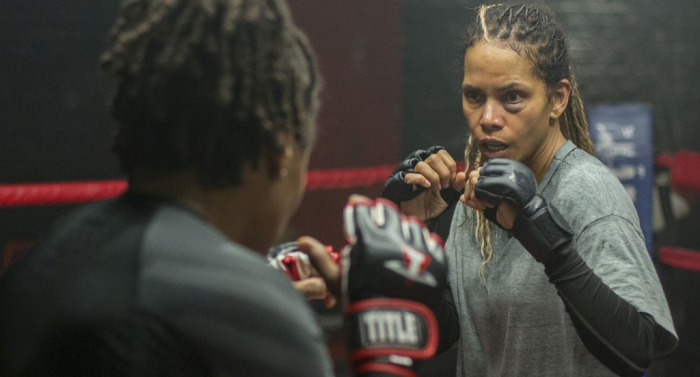 Halle Berry collected an Academy Award for her work in 2001’s “Monster’s Ball,” portraying a broken character dealing with an enormous amount of grief. The part gave Berry a chance to lose control on-screen, slamming around her emotional range, displaying her ability to dig deep and abandon vanity. “Bruised” is Berry’s directorial debut, and she plays it safe in a strange way, returning to the “Monster’s Ball” era of her career with another turn as a shattered woman clawing around for something to help numb her pain. It’s not the exact same performance, but a similar concept, only this time around, the character has a bit more power to explore, with the picture taking place in the world of mixed martial arts. Berry delivers gut-rot work in the feature, trying her best to make the material meaningful, but “Bruised” is basically a “Rocky” remake with a more violent sense of relationships and sporting achievement, doing little with the opportunities it has to explore different areas of responsibility and sacrifice. Read the rest at Blu-ray.com