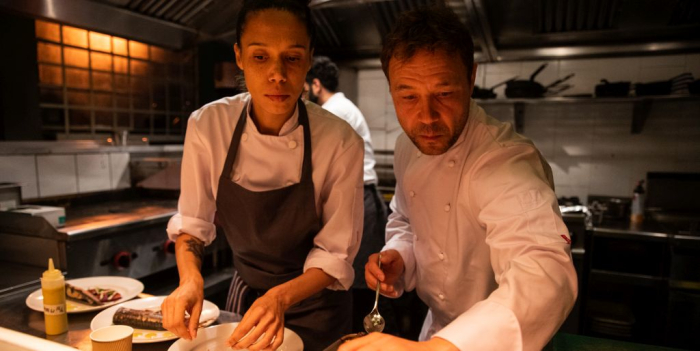 A few weeks ago, “One Shot” made its debut in theaters, presenting a version of “single take” cinema that followed the escalation of a military situation that could only be solved through action fantasy. “Boiling Point” is another offering of one-take storytelling, but this tale remains in the claustrophobic confines of a busy restaurant, trying to remain as realistic as possible, dealing with profound human concerns. “One Shot” was a gripping study of violence and technical tricks, but “Boiling Point” tries to do more with its gimmick. Co-writer/director Philip Barantini extracts an incredible amount of suspense from a seemingly mundane setting, using the natural tensions of the kitchen experience to successfully knot up a dramatic understanding of breaking points, making the one-shot approach invisible as he concentrates on the pressures of restaurant performance, creating fascinating characterizations and generating some nail-biting moments. Read the rest at Blu-ray.com