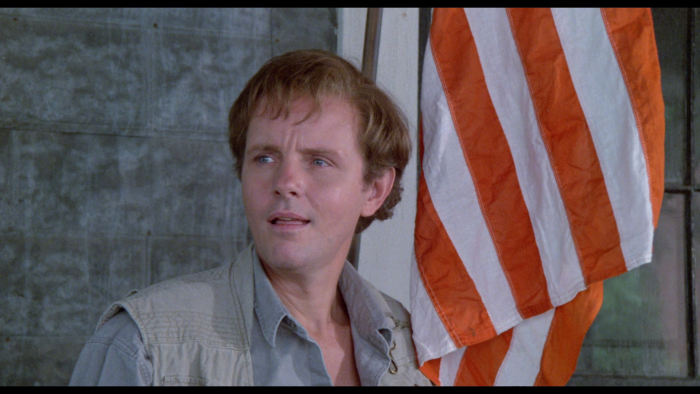 The career highs and lows of director Larry Cohen are open for debate, but the helmer certainly created a peak in his filmography with 1985's "The Stuff," which vividly mixed horror and satire, taking on the 1980s with a clear vision for mischief. Never one to feel the pressure of performance, Cohen returned two years later with a pair of sequels nobody asked for, delivering "It's Alive III: Island of the Alive" and "A Return to Salem's Lot." Tasked with providing a follow-up to a 1979 television miniseries without material inspired by Stephen King's 1975 novel, Cohen elects to make the whole thing his way, enjoying artistic freedom as he crafts a riff on the original creation. Of course, Cohen doesn't have much money to do anything special with the material (co-written with James Dixon), so he tries to generate weirdness in his own low-budget way, transforming a vampire story into study of American independence and human survival, filling the production with odd casting choices, which gives the whole thing a strong community theater vibe. Those expecting a direct continuation of the Tobe Hooper T.V. event should be aware that Cohen isn't interested in sustaining the brand name, merely using it to provide his level of genre shenanigans. Read the rest at Blu-ray.com