Blu-ray Review - The House of Usher 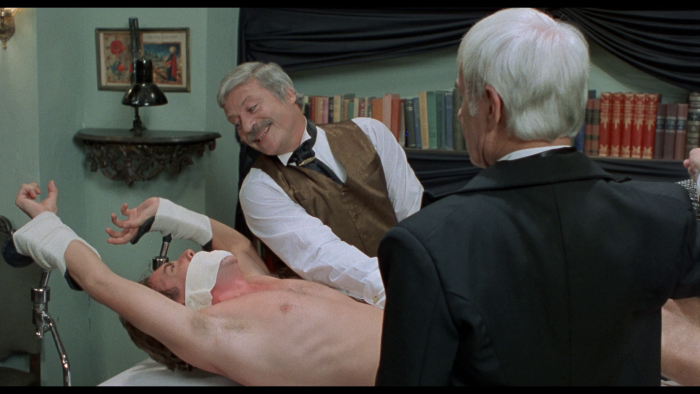 For director Alan Birkinshaw, the job of adapting Edgar Allan Poe stories was his primary career focus in the late 1980s, with "The Masque of the Red Death" following his time on 1989's "The House of Usher." Of course, these are loose versions of the original stories, but Birkinshaw is hoping to conjure something spooky and B-movie baroque with the features, finding "The House of Usher" the more inspired production, delivering a mild Hammer Films vibe as actors Oliver Reed and Donald Pleasance do their best to ham it up while the story details horrible things happening to a young woman stuck in a dangerous situation of obsession. The endeavor isn't sharp, but it has some degree of enthusiasm for broad antics, making for an amusing sit as Birkinshaw tries to create something savage with his low budget and game cast. Read the rest at Blu-ray.com