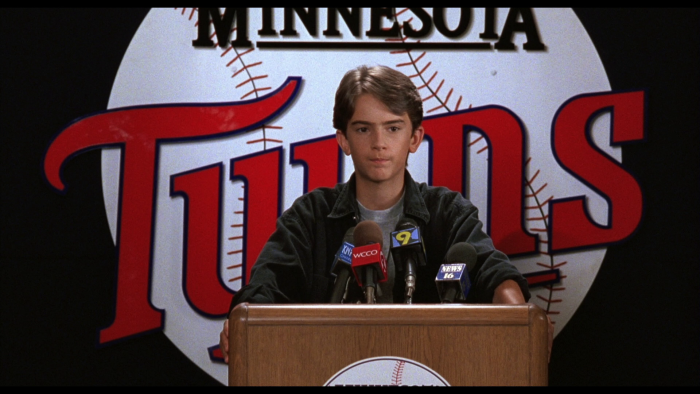 Baseball movies were all the rage in the early 1990s, especially ones involving children and their love of the game. Joining "The Sandlot," "Rookie of the Year," and "Angels in the Outfield" is 1994's "Little Big League," which had the advantage of a slightly less fantastical premise, exploring the life of a 12-year-old boy who inherits control of the Minnesota Twins. Co-writer/director Andrew Scheinman (co-founder of Castle Rock Entertainment and producer of "When Harry Met Sally," "A Few Good Men," and "Misery") makes a valiant attempt to reduce the sitcom-ish aspects of the premise, focusing on the world of baseball and the trials of being an overworked kid. Not everything connects as it should in "Little Big League," which doesn't contain many laughs, but Scheinman finds the spirit of the picture, playing up a remarkable situation with some down-to-earth writing and an enjoyable supporting cast. Read the rest at Blu-ray.com