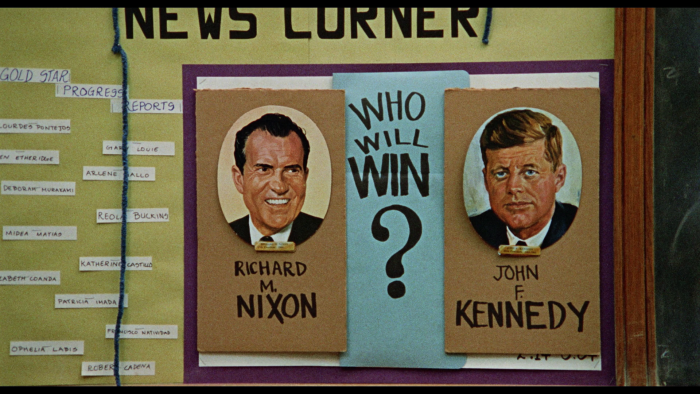 1974's "High School Fantasies" was created to cash-in on the unexpected success of 1973's "American Graffiti." The George Lucas masterpiece was the tiny movie that could, offering audiences a way out of the Nixon years with a healthy dose of nostalgia, offering a time machine to the early 1960s, when the future was unwritten. Lucas cleverly recreated the era and filled his feature with lively personalities and relatable emotions. Director James Bryan doesn't get the same kind of mileage out of "High School Fantasies," which also attempts to revive the sights and sounds of 1962, but with an adult film budget. The helmer hopes to create a spirited romp about oversexed teenagers and their strange adventures with heavy petting, but there's also a hardcore aspect the picture that's hastily worked into the flow of the endeavor, with Bryan doing his best to shape something resembling a story, fighting the randomness of the effort. Read the rest at Blu-ray.com