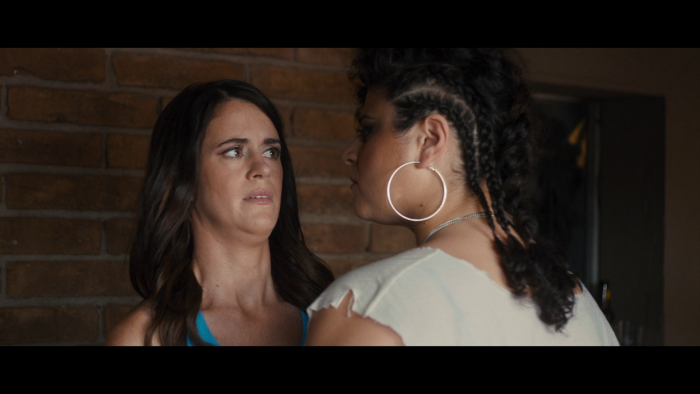 Many movies have explored the sport of arm wrestling, but there's only one film about the subculture that everyone remembers: the 1987 Sylvester Stallone flop, "Over the Top." The story of Lincoln Hawk and his fight for family and fortune on the arm-wrestling circuit was unintentionally ridiculous, and it provides some inspiration for "Golden Arm," which isn't a parody picture, but generally has the idea to use the sport as a way to showcase an enormous amount of silliness. The screenplay is credited to Ann Marie Allison and Jenna Milly, but their contributions are difficult to find, as "Golden Arm" is more of an improvisational festival, with the cast going riff-crazy to find the comedy of the endeavor, keeping the feature loose when it comes to jokes and rigid when it comes to plot. It's an amusing effort with plenty of arm-wrestling action, but structure isn't welcome, making the whole thing fatiguing long before it ends. Read the rest at Blu-ray.com