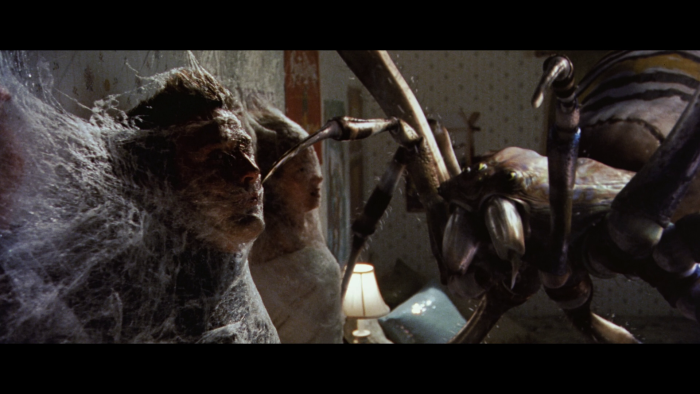 The 1950s were a fertile period in horror, introducing audiences to the simple pleasures of Atomic Age nightmares, which included a subgenre involving "big bug" pictures. These efforts turned everyday critters into city-smashing threats, eventually inspiring generations of filmmakers to try their luck at reviving the big screen experience. In 2002, producers Dean Devlin and Roland Emmerich aimed to recreate B-movie mayhem from a bygone era with "Eight Legged Freaks," a decidedly high-tech version of monster mayhem, with copious amounts of CGI used to bring a giant spider invasion to life. Director Ellory Elkayem makes his helming debut with the feature (also co-scripting with Jesse Alexander), and he's never exactly sure what kind of endeavor "Eight Legged Freaks" is. There's an uneasy blend of frights and funny business to process, with jokes lacking definition and terror muted by attempts at zaniness. There's some fun to be had with the premise, but the production ultimately doesn't know what it wants to be, resulting in a mediocre attempt to revive big bug thrills and chills. Read the rest at Blu-ray.com