Blu-ray Review - Through the Fire 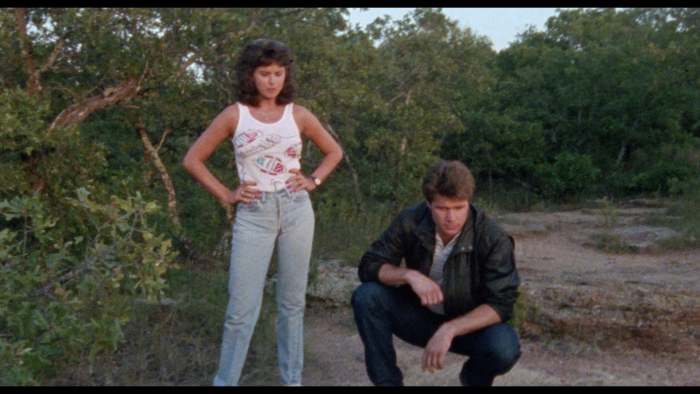 Co-writer/director Gary Marcum wanted to be a film director in the 1980s, and one of the few ways in for those without connections was the world of horror, offering instant marketplace appeal for any project looking to provide some frights. 1988's "Through the Fire" certainly resembles an effort to play into a trend, though Marcum doesn't have much of an imagination for creepy events, generally preferring to make a sluggish detective story instead. So much for genre thrills, leaving "Through the Fire" a tepid exploration of satanic doom and survivor panic, as Marcum doesn't aim high with the endeavor, more determined to complete the movie than work on its freak-out potential, missing a chance to do something alert with evil events and demonic stalking. Read the rest at Blu-ray.com