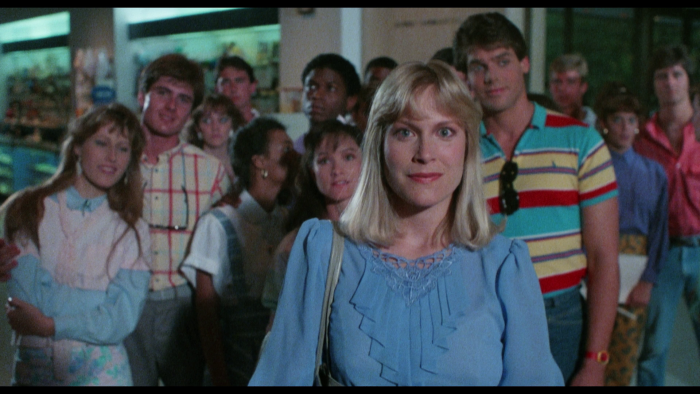 1986's "The Lamp" was slightly reworked for American audiences, turned into 1987's "The Outing," a more generic title for an endeavor that's loaded with interesting oddity. Vinegar Syndrome restores the original film for this Blu-ray release ("The Outing" was previously issued by Shout Factory in 2015), presenting fans with a chance to see the feature as it was intended, exploring the wrath of a malevolent jinn trapped in a lamp, waiting for his chance to strike as teenagers spend the night inside a museum of natural science. There's a lot to process with the picture, which follows multiple characters with different motivations, and there's a magical element to the endeavor, with a wish- granting genie transformed into a diabolical, supernatural presence. Director Tom Daley and screenwriter Warren Chaney don't push too hard on the senses with the effort, sticking to slasher cinema formula as they invest ways to eliminate characters and cause on-screen mayhem. And they do a fine job of it, working with the weirdness of the material to deliver some decent grotesqueries and amusing personalities, keeping the production on the move. Read the rest at Blu-ray.com