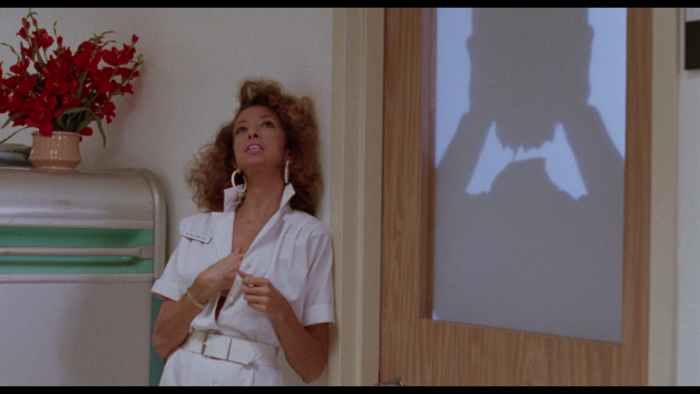 Director John McNaughton made a strong impression with his filmmaking debut, 1986's "Henry: Portrait of a Serial Killer." The potent horror movie launched the helmer as someone to watch, but it took some time for McNaughton to follow up his initial offering, returning in 1991 with "The Borrower," which is also a genre offering, but lacks the illness of "Henry: Portrait of a Serial Killer." McNaughton attempts to get a little broader with his follow-up, ditching grit and shock value for a flatter take on violence, flirting with sci-fi touches for "The Borrower," which tracks an alien serial killer's experience mangling human prey on Earth. It's not exactly a radical step forward for McNaughton, and his limited experience shows throughout the endeavor, which whiffs with dark comedy and seems genuinely confused when it comes to storytelling. It's a scattered feature that never comes together with authority, though it does work as a highlight reel of practical effects, with gory encounters and strange visions easily becoming the best parts of this uneven picture. Read the rest at Blu-ray.com