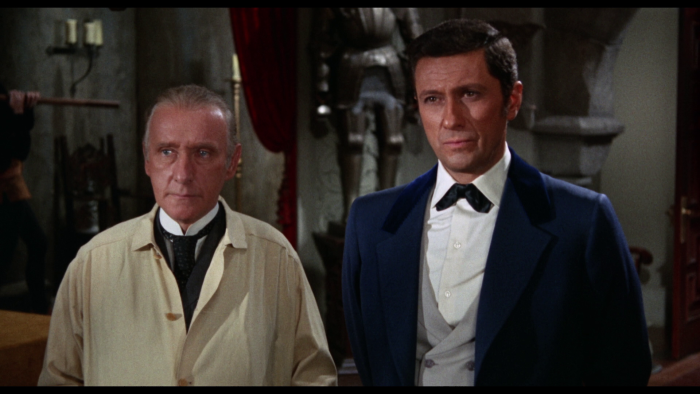 1966's "Chamber of Horrors" was originally intended to be the start of a television series, with the pilot exploring the detective skills of two men who run a Baltimore house of wax, remaining close to the ways of evil. When the show was deemed too dark for network T.V., a theatrical release was cooked up, necessitating the addition of a William Castle-style gimmick to help encourage curious customers to purchase a ticket. With the "Horror Horn" and the "Fear Flasher," audiences were offered a chance to avoid promised on-screen violence, provided with warnings to get around the ghastly events making up the "Four Supreme Fright Points." As with many of these superbly marketed B-movies, there isn't really anything upsetting about "Chamber of Horrors," but what's refreshing about the endeavor is how well it's put together. While it's obviously intended for television, the film creates an engrossing tale of murder, revenge, and sleuthing with unusual participants, offering procedural elements and macabre ideas to secure interest in the ways of wax museum employees and the killer creep they're hunting down. Read the rest at Blu-ray.com