Blu-ray Review - For Those Who Think Young 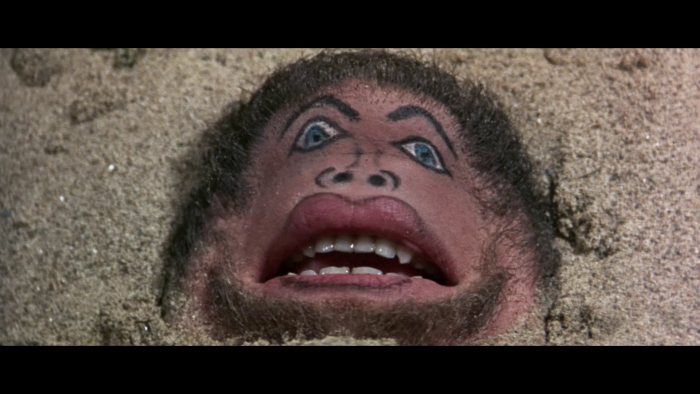 1964's "For Those Who Think Young" was marketed as a Beach Party event, with the studio hoping to play into marketplace trends of the day with a trailer that sold the sun-and-sand excitement of California life. Trouble is, the movie isn't really about catching waves, with just a small portion of the feature devoted to antics near the water. The rest of "For Those Who Think Young" is primarily about selling Woody Woodbury's comedic abilities, with the older performer offered an enormous amount of screen time to showcase his crowd work club act. There's something of a "young people" romance going on in the effort, but someone, somewhere found Woodbury to be an irresistible talent, making sure to let the whole world know just how great he was in this endeavor. Read the rest at Blu-ray.com