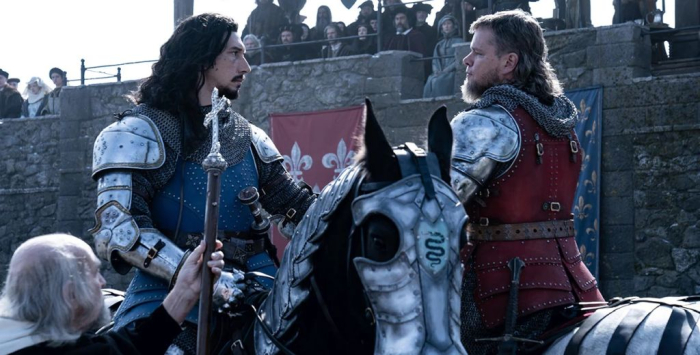 Director Ridley Scott loves his tales of masculinity run amok, achieving one of his greatest commercial and critical successes with 2000’s “Gladiator,” which explored the true price of honor and revenge. Scott returns to somewhat similar material with “The Last Duel,” which dramatizes the events leading to the “last legally sanctioned duel in France’s history,” following the development of an accusation as it grows bigger with years of resentment and launched with malice, creating a dramatic scenario where the audience is left with a “Rashomon”-style viewing experience to enhance the mystery at the heart of the story. “The Last Duel” is a long movie, far too long at times, but it does benefit from Scott’s practiced style and love of violence in many forms. There’s a vicious war between small men at the end of the feature, but there’s plenty more to the endeavor than the main event, offering a ride of humiliations and suspicion to those with patience. Read the rest at Blu-ray.com