Film Review - Needle in a Timestack 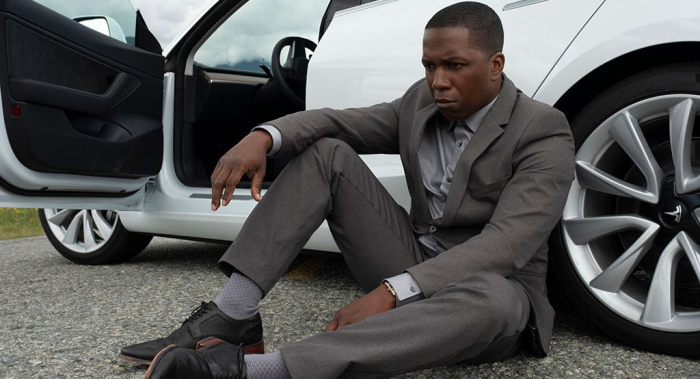 “Needle in a Timestack” is an adaptation of a short story written by Robert Silverberg, originally published in Playboy Magazine in 1983. The tale explores a world of tomorrow, where time travel is more than a common occurrence, it’s a source of sabotage, putting characters on a disorienting journey through the power of memory and the trouble of relationships. The futureworld has been updated by writer/director John Ridley (who collected an Academy Award for his work on “12 Years a Slave”), who dials down the strangeness of such a new reality, working his way underneath the gimmick to understand the tough feelings associated with friends and lovers. Unfortunately, Ridley is in no hurry with the picture, which is excruciatingly paced at times, but he does retain the strangeness of Silverberg’s central premise, achieving unusual intimacy with the paranoia and exhaustion of time manipulation. Read the rest at Blu-ray.com