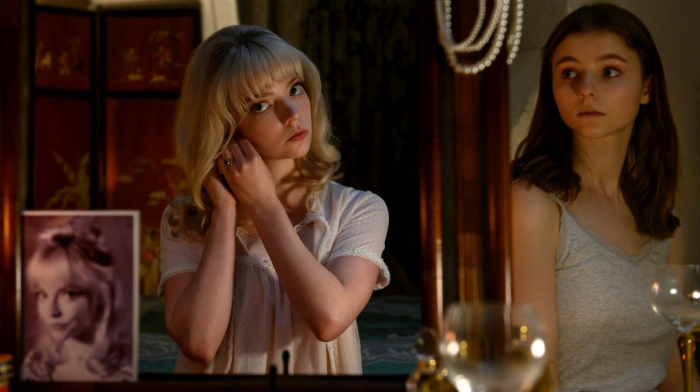 “Last Night in Soho” is director Edgar Wright’s latest attempt to merge the worlds of cinema and music, enjoying a breakthrough with 2017’s “Baby Driver,” and recently on screens with the documentary “The Sparks Brothers.” Wright has always enjoyed a full-on sensorial show, attracted to the marriage of pop sounds and action, but he aims to dial down the ferocity with his newest endeavor, which is more about freak-outs than adrenalized activity. Paying tribute to London of yesterday and Italian genre offerings, Wright creates a visually potent cocktail with “Last Night in Soho,” offering extreme attention to design details with the movie, which is primarily a showcase for technical achievements. Storytelling isn’t nearly as robust, with Wright and co-screenwriter Krysty Wilson-Cairns (“1917”) getting lost in their quest to generate an unsettling mystery that’s capable of keeping up with the extreme visual presence of Wright’s work. Read the rest at Blu-ray.com