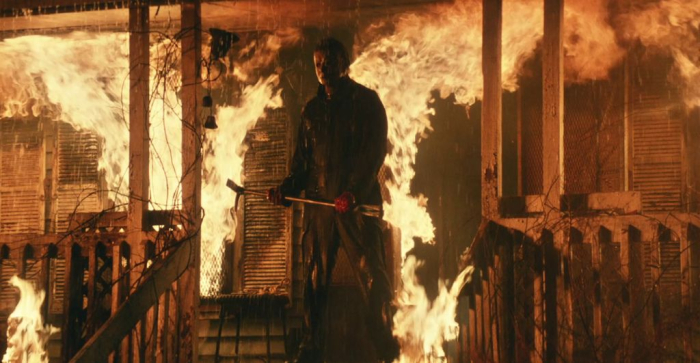 2018’s “Halloween” was more than just another installment of the long-running franchise. It was an attempt to get the brand name back on track, with co-writers Danny McBride and David Gordon Green (who also directed the effort) clearing away most character connections and pretzeled storylines, aiming to get back to basics with a follow-up to the original 1978 horror classic. “Halloween” struck gold at the box office, but it didn’t feel all that fresh as a movie, going through the motions of slasher cinema while star Jamie Lee Curtis clearly enjoyed a chance to reprise her role as the traumatized Laurie Strode. Stumbling into a major hit, McBride and Green (now joined by Scott Teems) suddenly have a chance to keep going with the series, resurrecting Michael Myers and his undying evil for “Halloween Kills,” which gets away from the solo flight of misery, out to examine mob mentality and the true source of wickedness in Haddonfield. Read the rest at Blu-ray.com