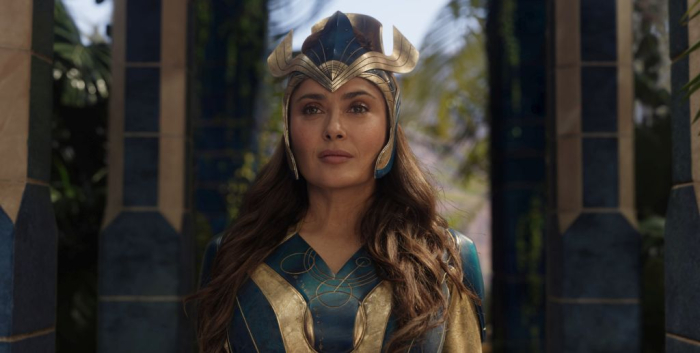 For obvious reasons, the last four months have been packed with films from the Marvel Cinematic Universe. However, with “Black Widow” and “Shang-Chi and the Legend of the Ten Rings,” the MCU was in action and introduction mode, endeavoring to sustain the excitement of superheroes in various forms of conflict, sold with huge CGI-laden set pieces. “Eternals” is a different beast, looking to set a more contemplative mood with its cast of alien personalities and their different powers. There’s also an unusual choice in director, with Chloe Zhao following up her Academy Award-winning work on “Nomadland” with a Marvel extravaganza, and she fights such expectations throughout the excessive 150-minute-long run time. “Eternals” has a lot to process, but there’s not much screen energy this time around, with Zhao gently refusing a zippy pace and defined performances to create her own version of an MCU experience, which involves a lot of windy locations, sparse imagination for action, and a cast of characters who are seldom interesting. Read the rest at Blu-ray.com