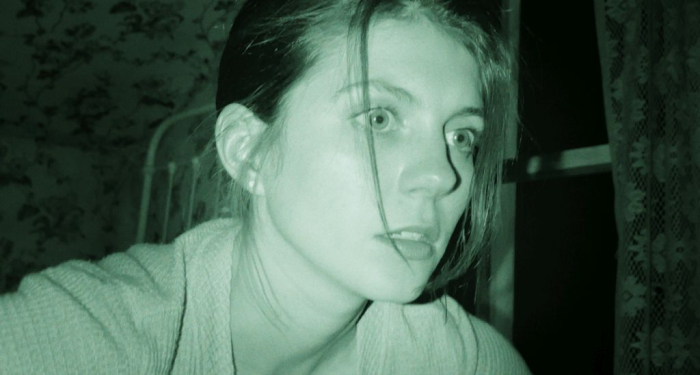 There hasn’t been a “Paranormal Activity” movie since 2015, but before that, there were so many “Paranormal Activity” movies. The original feature was a massive word-of-mouth hit that came out of nowhere and delighted horror fans, offering a haunted house experience with no-budget filmmaking achievements. Shocked by the profitability of the effort, Paramount Pictures ordered up a franchise, squeezing the brand name for every cent it could collect. Sequels and prequels (five of them) were basically all the same, save for some ill-prepared backstories and character connections, and eventually the faithful gave up the ticket-buying habit, sending the series to the shelf. Well, after a break, the found footage nightmare is back with “Paranormal Activity: Next of Kin,” which seeks to revive the scare zone for a new wave of frights, this time making a move from jump scares to sinister cult business, merging an old trend with a new one as the production tries to A24-up the atmosphere of the endeavor. Read the rest at Blu-ray.com