Blu-ray Review - Treasure of the Amazon 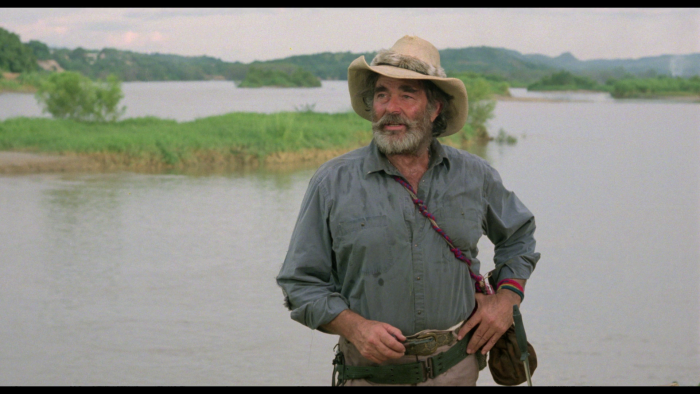 Prolific director Rene Cardona Jr. elects to claim part of the jungle adventure gold rush of the early 1980s with "Treasure of the Amazon," one of three movies he made in 1985. Cardona Jr. is not one to offer hospital corners on his pictures, and this messiness extends to "Treasure of the Amazon," which attempts to create three distinct plotlines about outsiders in the deep jungle hunting for gold and diamonds, tracking separate games of survival as the teams are hit from all sides by danger. The feature isn't a good example of multi-character storytelling, but it does remain on the move, with Cardona Jr. interested in exploitation elements to hold attention, working to give his jungle event some cheap thrills. Read the rest at Blu-ray.com