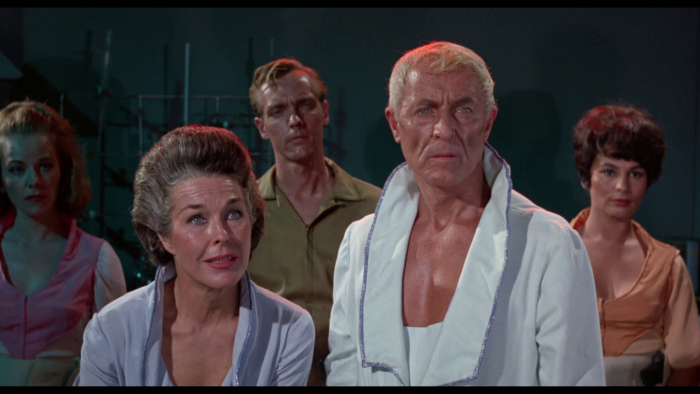 The world of B-movies is loaded with tales of sci-fi and weird science, with most productions careful to portion out thrills, saving real action or suspense for the last five minutes of the film. 1964's "The Time Travelers" is the rare endeavor to hit the ground running with its oddity, rarely pausing to deal with melodrama or superfluous characters. Writer/director Ib Melchior is committed to a snappy pace for the effort, which largely details a countdown situation involving an escape from a destroyed Earth. There are pressure points to analyze, mutants to battle, and literal magic tricks to stage, giving "The Time Travelers" plenty to do as it attempts to mount a bravely downbeat study of time loop hell. Read the rest at Blu-ray.com