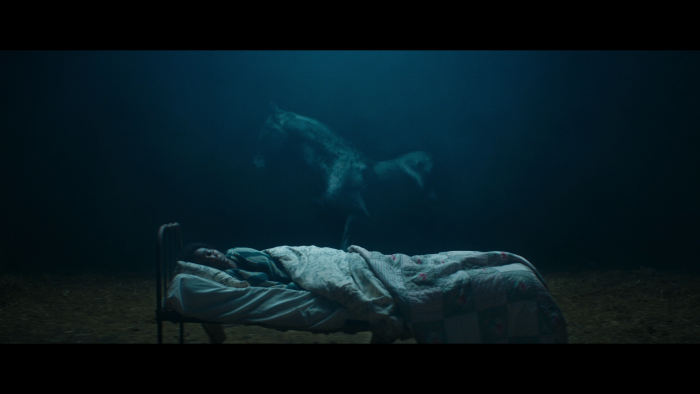 Co-writers Joe Marcantonio and Jason McColgan try to summon the spirit of early Polanksi with "Kindred," which shares a great deal in common with "Rosemary's Baby" and a few other paranoid offerings from the director. Marcantonio also makes his feature-length helming debut with the endeavor, aiming to give the audience a deliberately paced ride of panic and despair, hoping to reach a dark psychological space with the movie, which deals intimately with imprisonment and manipulation. "Kindred" isn't a particularly long picture, but it could still do with another editorial pass, with Marcantonio trying a bit too hard to prove himself with dreamscape imagery and prolonged suspense, missing a chance to manufacture an impressive nail-biter with real snowballing potential. Read the rest at Blu-ray.com