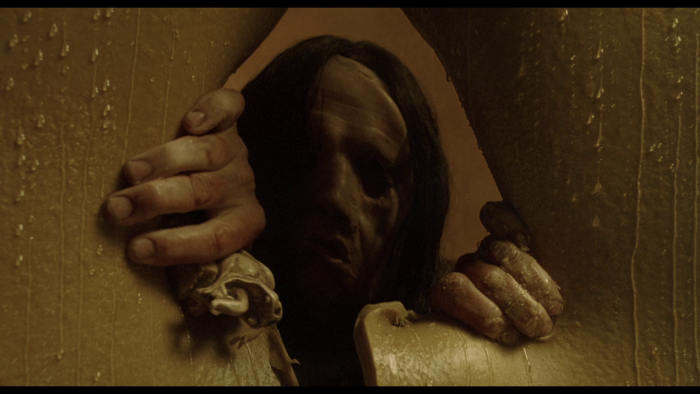 For their fifth release, Dark Castle Entertainment returns to remake territory with "House of Wax," which takes its inspiration from a 1953 Andre DeToth film, which was a remake of a 1933 picture, "Mystery of the Wax Museum." Looking to capture some 2005 energy, the new "House of Wax" gathers young stars of the day to provide a fresh sense of peril for viewers, while director Jaume Collet-Serra (making his helming debut) invests in the oily, sludgy textures of the titular gunk, attempting to generate a more claustrophobic sense of danger for his take on the material (scripted by Chad and Carey Hayes). "House of Wax" isn't particularly well-acted or tightly edited, but it does have a visual presence that impresses, with Collet- Serra delivering a pleasingly ruthless nightmare that does especially well with creepy visuals and bodily harm, resulting in one of the best Dark Castle Entertainment offerings. Read the rest at Blu-ray.com