Blu-ray Review - Eye of the Tiger 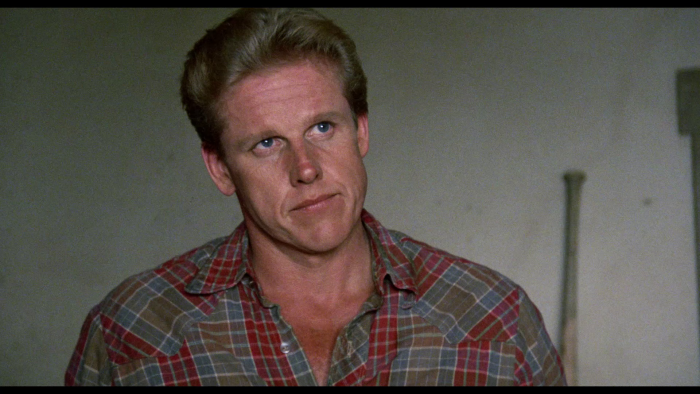 Not really cut out for roles that require a great deal of warmth and gentleness, actor Gary Busey goes full exploitation for 1986's "Eye of the Tiger." The screenplay (by Michael Thomas Montgomery) plays to the performer's strengths, tasking him to play a hardened man whose hunt for some type of domestic heaven is destroyed by the deadly ways of a local biker gang that controls the town. Director Richard C. Sarafian (who worked with Busey in 1984's "The Bear") doesn't pretend he's makes a Shakespeare adaptation with the endeavor, diving into merciless violence and heated confrontations, while the material adds a few fantasy touches to make the whole thing wonderfully absurd. "Eye of the Tiger" is slight but entertaining, with Busey offering a steely turn that helps the feature reach its potential as bottom shelf escapism with noticeable hustle and plenty of angry encounters. Read the rest at Blu-ray.com