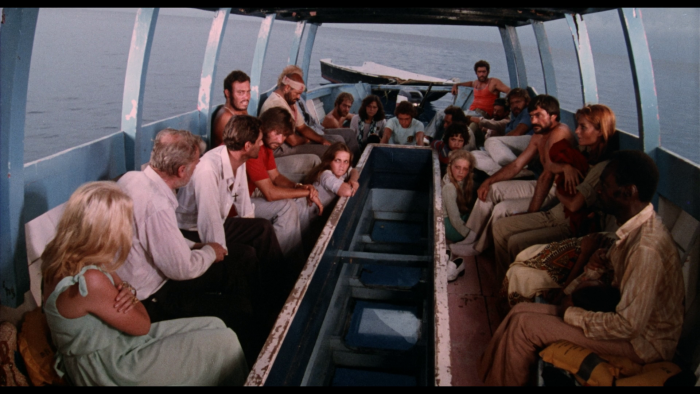 For his second film of 1978, director Rene Cardona Jr. gets away from the unsatisfying mysteries of "The Bermuda Triangle," and tries to latch on to the disaster movie trend with "Cyclone." Of course, he's a little past the peak of the subgenre's popularity during the 1970s, but Cardona Jr. comes armed with a small-scale overview of human suffering, taking a second bite of the Andes Mountain Disaster after overseeing 1976's "Survive!" Instead of revisiting high-altitude danger, "Cyclone" visits the vastness of the ocean, tracking the physical exhaustion and thinning patience of characters lost at sea. Cardona Jr. doesn't have enough cash for the Irwin Allen treatment, but he creates passable misery with the picture, which has some fine moments of agitation contained within a bizarrely long run time. Read the rest at Blu-ray.com