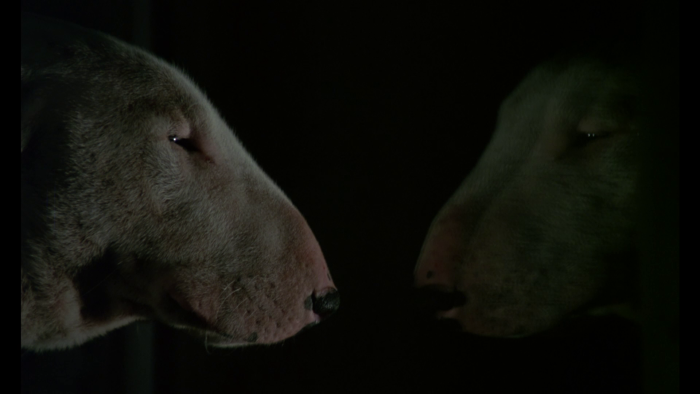 "Baxter" is a 1989 French production adapting the general strangeness of a 1977 book, "Hell Hound." The tale explores the sociopathic interests of a bull terrier who's passed around to different owners during his life, learning to understand how humans act when dealing with various emotional and physical challenges. It's dark material brought to the screen by director Jerome Boivin (who co-scripts with Jacques Audiard), who tries to bring viewers inside the mind of a dangerous yet curious canine, yet avoid horror film formula in the process. "Baxter" is a bizarre endeavor, never quite reaching its thematic goals, but it does have some interesting scenes of mental illness to keep it involving. Read the rest at Blu-ray.com