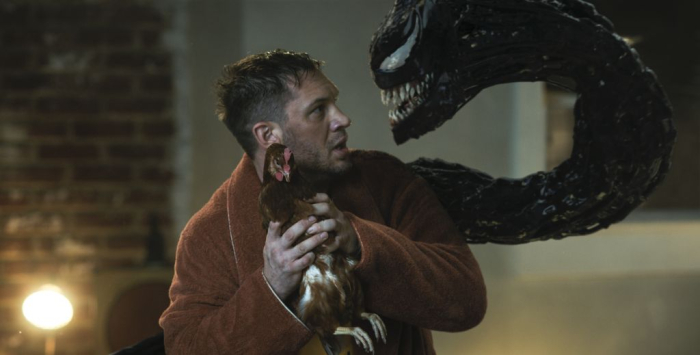 In 2018, “Venom” tried to right a few wrongs when it came to the comic book character, giving the alien symbiote a more appropriate cinematic vehicle than “Spider-Man 3,” dialing up the insanity of the creation (but still keeping it accessible to all audiences with a PG-13 rating). The feature managed to make an absolute fortune, charming viewers with a darkly comedic picture featuring an uncharacteristically loose Tom Hardy, who did everything he could to sell the destructive dynamic between Venom and his host, Eddie. It wasn’t an amazing endeavor, but it worked with a difficult premise, finding laughs and elastic action, and now there’s a sequel, “Venom: Let There Be Carnage,” which presents a showdown between two major monsters in the Marvel universe. Director Andy Serkis is put in charge of the follow-up, which plays to his strengths of highly animated chaos and exaggerated bodily movement, and the helmer delivers an entertaining ride, and one that’s refreshingly straight to the point. Read the rest at Blu-ray.com