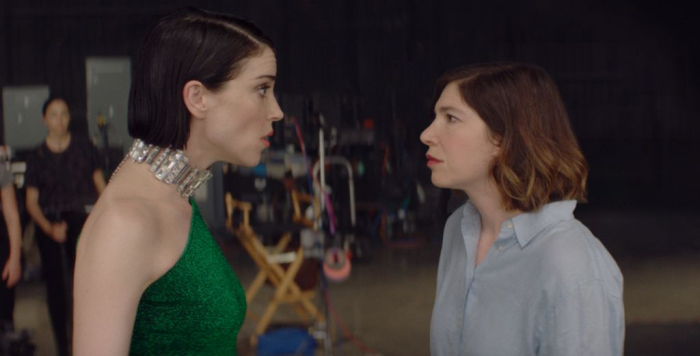 Annie Clark is St. Vincent. Or perhaps St. Vincent is Annie Clark. Either way, one woman is a Texan who’s worked for nearly two decades to become a successful musician, while the other is a successful musician who’s worked for two decades to stymie access to her real life, preferring to present herself as an art-rock alien. “The Nowhere Inn” is a fitting tribute to the world of St. Vincent, with the faux documentary never far from strangeness or a bit of inscrutable business, while director Bill Benz attempts to create something of a comedy out of everything. For those unfamiliar with St. Vincent and her wily ways, or for those who wish to learn more about her as a performer and everyday human, “The Nowhere Inn” is going to be a mighty frustrating sit. It’s an elusive endeavor, and not always in the best of ways, but Benz certainly makes a visually compelling feature, and Clark (or is it St. Vincent?) tries to bring her multiple personalities to the big screen, at times making quite an impression with her enigmatic ways. Read the rest at Blu-ray.com