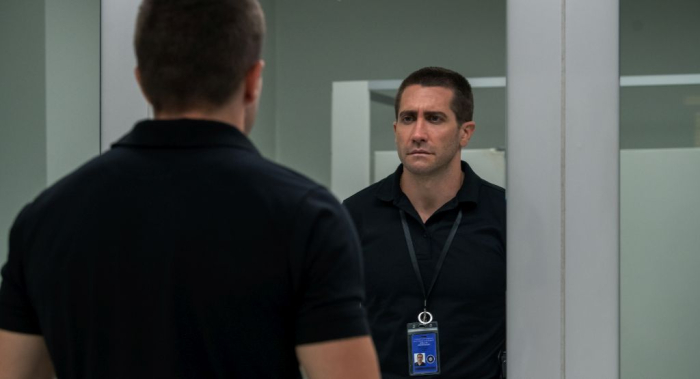 Arriving a week after the release of “My Son” is “The Guilty,” which is another straight remake of a European thriller, this time taking its inspiration from a 2018 Danish production. The original film, directed by Gustav Moller, was sensational, remaining a small-scale suspense piece with generous helpings of drama and tension, working as both a character study and a nail-biting experience set inside the pressure cooker environment of an emergency services station. The Hollywood remake is handled by Antoine Fuqua, who reworks (with screenwriter Nic Pizzolatto) the central crisis into a tale of Los Angeles destruction and police combustion, giving star Jake Gyllenhaal basically the entire picture to showcase his command of tightly wound frustration, staying close on the actor as he grinds through a range of emotions. The new take on “The Guilty” doesn’t have the same gut-punch as the Danish version, but it’s hard to screw up the source material, which gives Fuqua guide rails to achieve extreme screen tension. Read the rest at Blu-ray.com