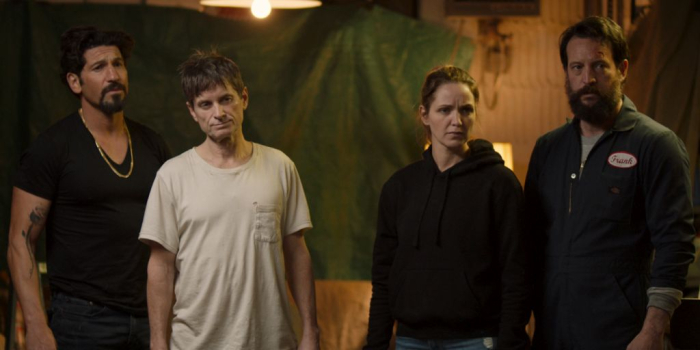 “Small Engine Repair” was originally created for the stage, with playwright Jon Pollono trying to do something with his acting career, creating a meaty role for himself in a story about friendship, masculinity, and guardianship. The production earned awards and accolades, and now Pollono has turned his small play into a film, making his directorial debut with the endeavor. “Small Engine Repair” remains an intimate tale about characters who love to tell stories and interact with a mixture of mischief and malice, and Pollono does a solid job giving it cinematic life, finding a way to make mounting tensions come alive on-screen while still respecting the actor’s showcase atmosphere of the material, where the three leading men are basically handed the picture for 100 minutes, generating tremendous chemistry as the helmer oversees a tale that gradually reaches some dark places. Read the rest at Blu-ray.com