Film Review - Lady of the Manor 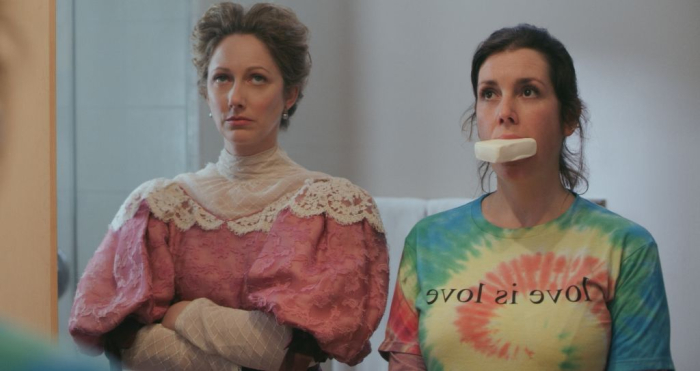 After years playing sidekicks, weirdos, and unthreatening “good guy” boyfriends, actor Justin Long decides to make his move behind the camera, offering “Lady of the Manor,” his co-directorial debut, sharing work with his sibling, Christian Long. Using his career experiences, Long (who also co-scripts with his brother) keeps things very vanilla for the picture, which puts in a basic effort to be something of a stoner comedy, but with mystery elements thrown in to form the faint outline of a plot. The Longs are here to screw around, presenting a playful ride of improvisational comedy and vulgarity, and while they don’t deliver much originality, they do have Melanie Lynskey in the leading role, and she treats the acting opportunity with care, supplying a wonderfully daffy turn in a feature that simply doesn’t work without her. Read the rest at Blu-ray.com