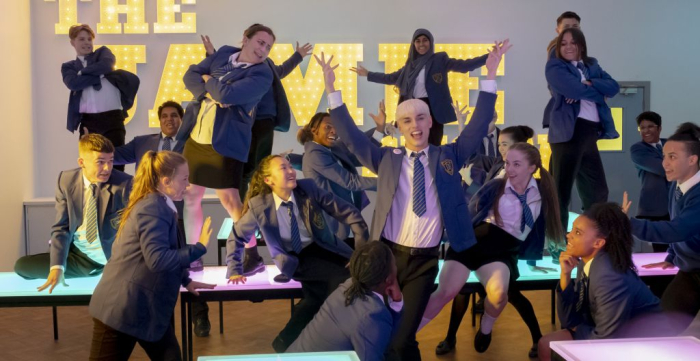 It all started with 2011’s “Jamie: Drag Queen at 16,” a BBC documentary about Jamie Campbell and his struggle to chase his dreams of performance, living his life on his own terms while the world around him disapproved of his actions. Jamie’s experiences were turned into a theater event, with the musical, “Everybody’s Talking About Jamie,” making its debut in 2017. The production was well-received by critics and audiences, inspiring multiple touring shows and a live cinema presentation, building a passionate fanbase along the way. Offering a quick turnaround to a cinematic adaptation, “Everybody’s Talking About Jamie” hopes to build on such popularity, with director Jonathan Butterell in charge of giving the material a big screen presence, generating an up-close examination of flamboyance and heartache, looking to sustain the charm of Dan Gillespie Sells’s music and Tom MacRae lyrics and story (he also handles screenwriting duties), giving audiences old and new a reason to remain with a 16-year-old dreamer and his quest to be himself. Read the rest at Blu-ray.com