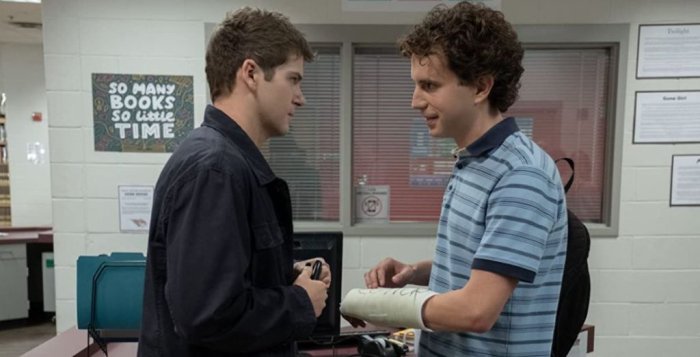 The musical “Dear Evan Hansen” made its debut in 2015, earning a sizable fanbase and eventual Broadway domination with big-hearted songs from Benji Pasek and Justin Paul (who also achieved success with tunes for “The Greatest Showman”) and a story that took audiences on a ride of emotions, tracking one teen’s mistake as it blossoms into a movement. It was earnest work about a dark subject, but the production managed to become a major event. And with all major events, a film adaptation is inevitable. “Dear Evan Hansen” didn’t wait long for a cinematic adaptation, but time was ticking for star Ben Platt, who won a Tony Award for his performance as a confused teenager in 2017, and returns to the role for director Stephen Chbosky, working hard to recapture the innocence and anxiety that made such a positive impression on theater audiences. He succeeds, giving his all to a picture that doesn’t have answers for most of the questions it poses, but it’s appealingly sincere when it comes to depicting the needs of the adolescent heart. Read the rest at Blu-ray.com