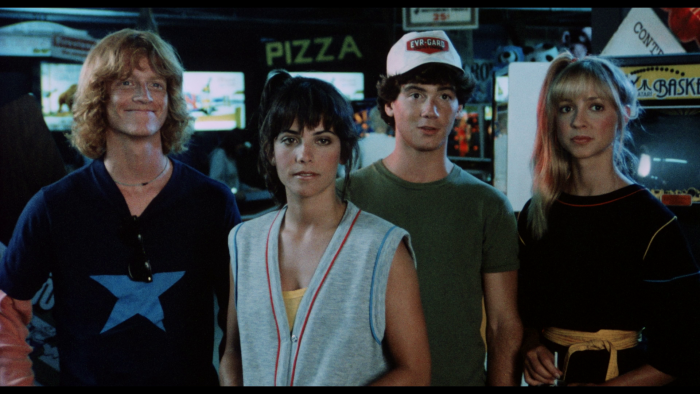 As many have already reported over the years, "Surf II" is not a sequel. There is no "Surf," with the film's title presented as an introductory joke for the picture, hoping to offer a little mischief as a way to identify silliness to come. It's not a successful gag, inspiring more confusion than knowing chuckles, but writer/director Randall Badat (who would go on to write "Hear No Evil" and "The Cutting Edge 3: Chasing the Dream") doesn't spend much time on wit in "Surf II." He's blasting the screen with wackiness instead, looking to update the Beach Party genre for an "Airplane!" audience, delivering a feature that's big on energy but strangely low on laughs. It does have a manic spirit, and that's good enough to support a viewing, especially for surfing fans who enjoy a little humor with their displays of sporting skill. Read the rest at Blu-ray.com